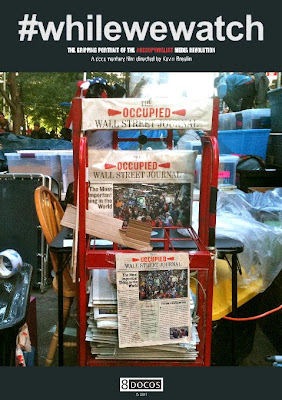 The NYC Film Premiere of #whilewewatch at The Paley Center -
Kevin Breslin's gripping portrait of The #OccupyWallSt Media Team -
#WhileWeWatch is the raw, inside story of the shifting landscape of power of the media.  Our story is live.  The #OWS media team removed the myth about mainstream media being the only source of information.
...What they did was blow away the illusion.