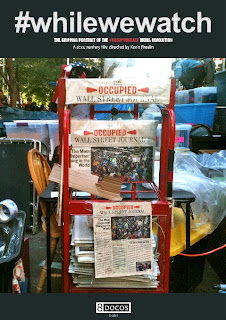 Zuccotti Park was the most original thing to happen to NYC in a long time. The energy of this city was reduced to restaurant openings and a mayor who cares about bike lanes and parks. I don't see jobs popping up. Especially from a man who boasts of his financial prowess. Bloomberg sure missed the Wall Street financial banking debacle.

I watched the effort of the #OWS media people at Zuccotti. They were swamped trying to get out ideas. I just started following the press, the pr, the writers, the streamers, the editors.


They worked day and night. They called themselves citizen media. They had cheap little cameras. With rigs. They live streamed. They had 3-54 Wi-Fi. They had lap tops running the streams.  All from a park.  Day and night, no money and they got the world to see and hear them. They are media geniuses. They slept on the concrete; they did this during the rain and snow.
They had no fears; they realized they needed cameras as the police became abusive. The pepper spraying. The billy clubs. The raiding of the Zuccotti.
They reported day and night sick and exhausted. Recording history.
I realized this is Citizen Media.  I knew they had to be filmed.
Posted by StardustBlue Media at 12/12/2011 07:57:00 AM No comments: 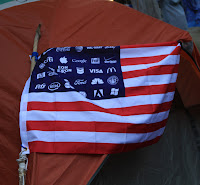 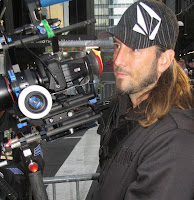 #whilewewatch - is a gripping look at the media revolution that emerged from Zuccoti Park in New York City to the world. It is the story of how many people came together in the sun and rain, day and night. Broke and loaded with energy and hope to get their story out to the world. #OWS has galvanized the world. #whilewewatch is the real inside story of great people who have no fear. They don't back down from the police, big business or a city government that tried to dismiss them. When regular media paid no attention to this movement they decided to tell the world their story. #while we watch is the real experience of what democracy looks like.  We hear it from their voices, pain, energy and honesty
Posted by StardustBlue Media at 11/13/2011 08:14:00 PM No comments: 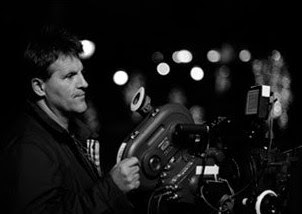 The power of ideas are beginning to be heard and understood from Zuccotti to the world.Stay tuned for the new documentary #whilwewatch Directed by Kevin Breslin. and  Produced by 8docos!